Why do divers do stupid things? Well the short answer is because they are stupid. Now I know that the majority of the readers of this article are going to be divers and it’s not usually a good idea to start off by insulting your audience but bear with me. If you look at some of the recent diving incidents that have occurred such as the tragic double fatality of a father and son who died while cave diving on Christmas day, or the diver who refused to analyse his gas an ended up breathing 100% oxygen at 30m or the rebreather diver who jumped in with oxygen, diluent and handsets all turned off then you can see why I might say that. The British Sub Aqua Club publish a summary of diving incidents every year and a brief glance at this will show that dives do a whole range of stupid things. Not only that but they do the same stupid things over and over again. Most of the mistakes made each year are the same as the mistakes made the previous year. The short answer is that divers do not follow their training. It would be very easy to stop the vast majority of diving accidents if we could just force divers to follow their training. If you do what your instructor taught you during your course then you will avoid the vast majority of problems that occur. The thing is that you already know that, I know that, everyone knows that and yet hundreds of divers every day do things that break what they were taught in their training.

Is this because divers are genuinely stupid? or is it because they just act as if they are stupid? I believe that divers do stupid things because they are human and humans make mistakes. However that doesn’t mean that mistakes are inevitable. If we understand why we make mistakes we can potentially avoid them. If we recognise that each and every diver has the potential to make mistakes then maybe we will be a little more careful and a little less complacent.

We all have the potential to do stupid things because we sometimes get complacent, because we rush, because we are not very good at assessing risks, because we are often over optimistic. We do not always call a dive when we should, letting multiple little problems build up until they become a major incident. We trust our own powers of observation and can easily get fooled into trying to solve the wrong problem. Finally we often let other people influence us unduly.

I have tried to bring some of these ideas together and have given a number of talks on this topic at dive shows throughout Europe and the US. The video above was shot at TekDiveUSA (www.tekdiveusa.com) in Florida recently. This conference brought together technical divers from all over the world to discuss exploration, diving medicine and diving safety. As part of the conference I was asked to put together a short film which summarised why divers do stupid things. I hope this film helps explain why there is always a risk that we might do something stupid and hopefully will help you to avoid doing anything stupid in the future. 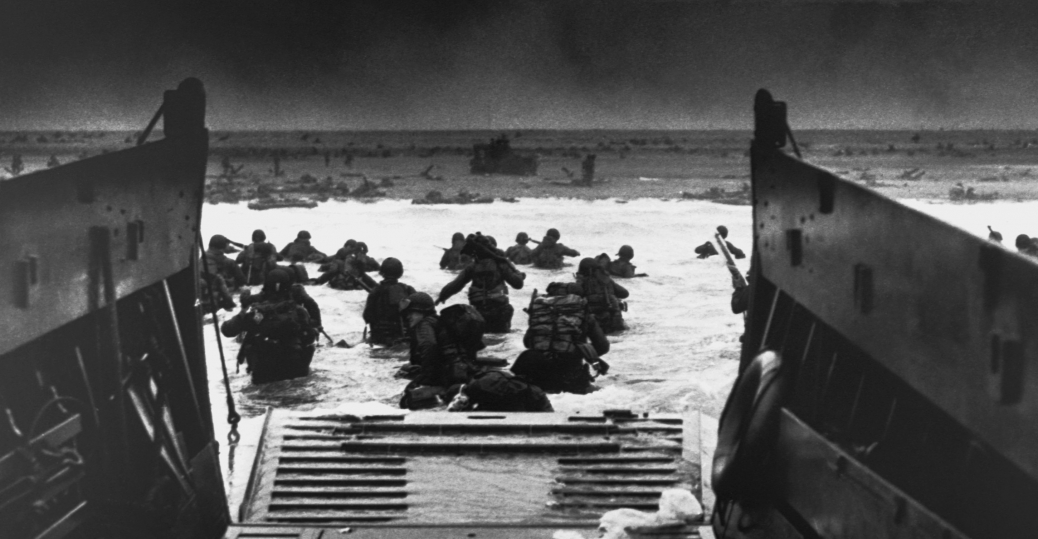 War is one of mankind’s greatest failings and perhaps one of the greatest instigators of invention.

In war men fight. Ships sink. When men learned how to extend their time underwater to salvage sunken vessels it was their nature to consider the concept of an underwater warrior. Those soldiers would have to be comfortable in most any condition of water. They would have to be able to swim great distances and still have the strength and stamina to carry out their mission and still escape unharmed.

They would need specialized breathing equipment that would allow them to breathe underwater. In order for the apparatus to allow for long range penetration of enemy held areas, it had to reuse the exhaled breath of the diver while preventing exhaust bubbles from escaping and giving away the position of the diver. It had to offer extended time underwater, be light weight, versatile and dependable. It had to be a rebreather.

On the morning of June 6, 1944, Operation Overlord commenced. It was an event like none other and was divided into many parts, each of which had to work with the others to be successful. It was also the beginning of Operation Neptune and began the invasion of France at Normandy. It was D-Day. It was the largest amphibious invasion in world history.

Those landing from water were to land on one of five beaches code named Utah, Omaha, Gold, Juno and Sword. The hard thing about such an invasion is that it is hard to hide. When those occupying the land do not wish to be invaded, they resist.

Fortifications, hedgehogs, steel and concrete spikes, some steel tetrahedral, mines and other hazards had been placed on the beaches and in the water. Guns were placed on heavily fortified bunkers perched on the hillsides. Fortified machine gun nests had overlapping fields of fire. And the guns of Pointe Du Hoc could rain down hell on both Utah and Omaha beaches and sink vessels at sea 15 miles out.

Before the landing craft could land the fortifications blocking their way had to be destroyed. Naval demolition teams were responsible for those obstacles underwater and the Army engineers above water. But plans never quite work out the way they are supposed to.

The weather changed. Conditions worsened but once started Operation Overlord could not stop. The degrading weather cost them time and high tide was missed. Because the tide was out when the demolition teams made it to their objectives, most of the obstacles were out of the water. The naval group took those seaward while the army teams placed explosives on those closer to land. On D-Day, they were not all referred to as frogmen. Those from the Royal Navy were Landing Craft Obstruction Clearance Units. More commonly called Lockyews.

A RN demolitions team was working Gold beach. When they arrived, they found that the obstacles they were to clear were underwater. Each of the hedgehogs they were to clear had to have 36 small charges placed at strategic positions so that the steel would blow into pieces with none more than 18 inches above the bottom. Each of these obstacles was covered with pressure sensitive explosives designed to punch holes in water craft.

“We must have been about four hundred yards from the beach when the firing first started, and they didn’t forget to inform us that they knew we were coming. When we finally got on the beach we discovered that we were being systematically sniped, not only with rifles but also by odd bursts of machine-gun fire – a most unpleasant experience”.

On another beach one of the men described his experience like this:

“We were spotted from a tower ashore and were subjected to pretty heavy mortar fire during which a petty officer was killed and two men were wounded. Later the R.A.F. blotted out the tower and things were more comfortable although shells still kept coming over. One shell destroyed our breathing apparatus, which we had not been using as the tide was low. When the water came up later, Leading Seaman A. Robertson and myself tried staying underwater by holding our breath. We blew about fifteen obstacles in this way, but we couldn’t keep it up. We carried on the next morning, after sleeping in a R.A.F. crater, where incidentally we were subjected to fire from an 88mm gun.”

Dennis Shryock was 21 years old when he landed on Utah Beach. Dennis had been trained as an explosives specialist and one of those elite men who were the forerunners of our modern day Navy Seals.

The machinegun fire was deadly. They did not have the protection of being underwater and had to wade to each of the obstructions to place explosives. He said the water “looked like pure blood.” But they did the job.

According to navy statistics, at Utah, the demolition teams lost six men and had eleven wounded. Omaha beach did not fare as well. They lost thirty-one and another sixty were wounded.

What exactly was the breathing apparatus used by the USN frogmen and the Royal Navy Landing Craft Obstruction Clearance Units? It was able to supply an extended amount of breathing gas underwater by reusing the exhaled breathe of the diver. It did not allow exhaust bubbles to escape and was stealthy. It was lightweight and maneuverable. It was a rebreather.

While only remotely similar to rebreather units today, the ones used in 1944 were many generations of development old. In fact, the Italians started the concept of underwater assault teams using specialized equipment. And they recognized the need as early as World War 1.

In 1918 two members of the Regia Marina (Royal Navy) literally rode a torpedo into a harbor and sank an enemy ship. At the time, they had no breathing equipment and had to guide the torpedo at the surface in order to breath. They sank the ship but were captured when they tried to swim away. These human torpedoes became more like mini submarines and were human guided. Obviously the ability to be under the water, able to breath and stay stealthy was an advantage.

By 1941 the Italian navy had both a surface unit that operated fast, explosive motor boats and a subsurface unit that used manned torpedoes. Within this group they also had assault swimmers. It did not take long before other countries developed their own versions.

The idea of an underwater warrior is older than modern history. The functional ability to use such a warrior has always been limited by the inability to breath underwater. Throughout history, man has found ways to extend his time underwater and by the turn of the 20th century, some of the first closed circuit rebreather systems had been experimented with and used. The rebreather units used on D-Day were rudimentary compared to the modern versions we see today. But at the time, they did the job and those who used them had to be beyond courageous.

On June 6, 1944 those underwater warriors had a mission to do and short of being killed or captured, that is what they did.

Mark Phillips is a retired 33 year career firefighter and Public Safety Diver; A Master Scuba Instructor an ERDI trainer, and Publisher of PSDiver Monthly, an Internet magazine dedicated to advancing the safety and knowledge of the Underwater Investigator.

Don’t get lost cave divng. Read one man’s story about how he almost ran out of air cave diving.