As an avid scuba diver and mountaineer, I like to combine both of my loves as often as I can. I instruct in both Scuba Diving for SDI and TDI, and I am also a Mountain Instructor, holding the highest qualification in the UK for mountaineering and climbing. I especially enjoy giving clients and students the opportunity to combine both of these skills themselves. The SDI altitude diving qualification allows me to do that well.

Altitude Diving in the UK

In the UK we do have altitude dives, as anything over 300 metres (1000 ft) is considered an altitude dive, albeit nowhere near as high as other parts of the world. Our highest altitude lake in the UK is based in Scotland and is called Loch Etchachan. It is a remote freshwater lake (or loch as they’re known in Scotland) set deep within the central Cairngorms plateau. It is the highest water body of its size in the UK, the surface being 927 metres (3,041 ft) above sea level.

In Wales (where I live), Llyn Llyffant is the highest lake. Its name translates into English as “frog lake.” It lies at an elevation of approximately 815 metres (2,674 ft) above sea level, near the summit of a mountain called Carnedd Llewelyn.

In England, Red Tarn is the highest lake, and just like its siblings in Wales and Scotland, it is a remote mountain lake sitting at 718 metres (2,356 ft) above sea level. It is nestled into the Eastern flanks of a mountain named Helvellyn, beneath a technical scrambling route known as Striding Edge.

I had a few clients who wanted to go and dive this lake, so I arranged a few days of mountaineering and diving to help acclimatize them to the mountains and diving in the mountains, prior to attempting Red Tarn.

Red Tarn is situated 2.5 miles (4 km) from the nearest road, and as such, is too far to carry multiple loads of kit to the dive base. Therefore we had to arrange our kit so that we had all the essentials to stay safe, but had light enough loads to manage hauling the equipment to the dive base safely, ensuring that we also had safety equipment for the mountainous environment that we were going to be in as well.

In order to prepare for this, I spent a couple of days taking the clients scrambling around in the mountains, doing popular mountain routes such as Striding Edge, Great Gable and Scafell Pike. In addition to this, we also dived Wastwater, England’s deepest lake, which is situated nearby, but only at an altitude of 61 metres (200 ft).

A sneak peek at the dive

The joy of doing the Striding edge route was that we could pass Red Tarn quite closely, so the clients could see the lake and therefore visualize the task that they would have to do in order to get their kit and themselves to the lake for the actual dives. It also helps acclimatize themselves physically and mentally for the diving which was to follow. Point to note, normal mountaineering acclimatization is not necessary in the UK within the heights we have here, but being able to visualize a route and a dive in advance gives you a mental advantage when preparing to complete a challenge or pinnacle dive such as England’s highest lake.

All prepared, the day of the dive dawned, and we headed up from Glenridding village where we were staying, parking at the carpark of the Helvellyn youth Hostel (with permission) which is at 260 metres (820 ft). We had previously sorted out our equipment into manageable loads and each of us had approximately 25kg of kit in back packs and suitable bags for the carry up the mountain. In addition to this, we had shore support who carried emergency group equipment such as food, drinks, a shelter and medical equipment. This meant we had to climb 658 metres (2,160 ft) with 25kg on our backs to get to the dive base.

We started the 2.5-mile trek and it was a steady climb for the first five hundred metres. We rested on some rocks, then it slowly zig zagged up the side of the mountain, crossing two rivers on the way. The sun was out and it was blazing down on us. The climb was a hard slog, but after a ninety-minute hike, we reached the lake, placed our kits down and rested.

Following the exertion of the climb, we took our time to setup our equipment and allowed our bodies to relax.

Once we setup the dive kits, I carried out a dive safety brief, ensured everyone’s kit was ready and functional and that dive computers had been adjusted if required.

We waded into the water and gradually it got deeper until we could descend below the surface. Initially, the bottom of the lake was very rocky, with some large features of boulders and small gullies created by the rocks. However, at three metres depth, the rocks gave way to fine silt that if disturbed billowed up and creating a black out condition. It was very interesting. I deliberately put my hand into the silt, and it was about six inches thick before I touched firmer substrate.

We dived it twice to a depth of eighteen metres (60 ft) and it looked barren with nothing to see. However, on closer inspection, there were loads of organisms in the water. On some of the reefs we saw various freshwater sponges and minnow fish swimming around. The visibility in the water was crystal and we could see an easy fifteen or so metres. We also saw some brown trout as we swam back to the shore, so it was a really interesting dive site.

Once we completed the dives, we rested before packing up the kits back into carrying mode.

We made our way slowly back to the vehicles and enjoyed a celebratory pint of beer in the local pub.

This type of diving is perfect to explore new sites in locations that you wouldn’t usually frequent. As long as you are well prepared, it’s a great opportunity to do something new and keep the spark of inspiration and achievement within your diving. If you haven’t tried altitude diving, then you should, and don’t be put off by the effort we put into achieving Red Tarn. There are other altitude lakes that you can dive which are much closer to the carparks. Stay safe, #DiveStrong 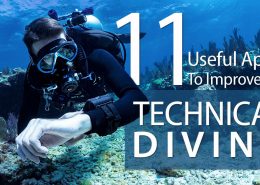 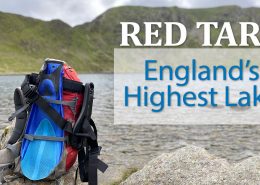 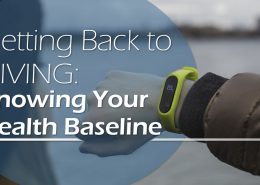 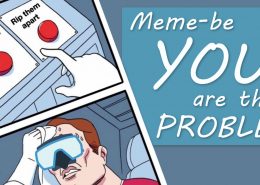 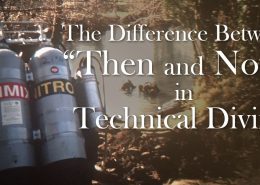 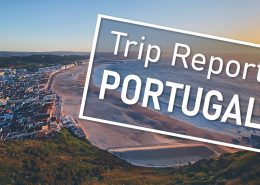 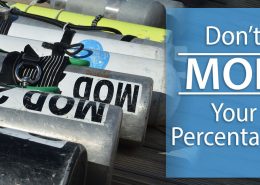 Open
You loved our top 15 scuba apps article we publish

Getting Back to Diving: Knowing Your Health Baseline

11 Useful Apps to Improve Your Technical Diving
Scroll to top